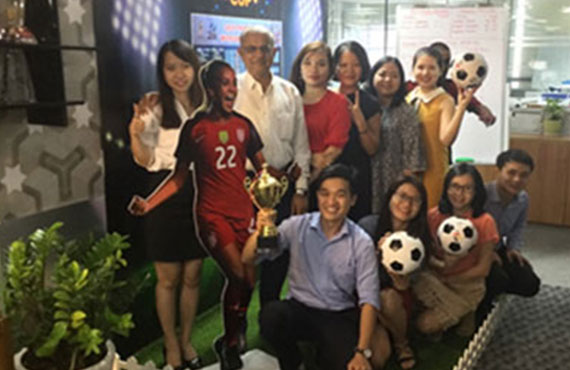 A mock-up of football field has been installed in the head office at Ho Chi Minh City, Vietnam.
The fantasy league will progress with the progress of FIFA Football World Cup in Russia. All Kirby SEA employees have been invited to play the league with following rules:
Each participant has chosen two teams as their first and second favorite before start of FIFA World Cup 2018.
As the tournament progresses we’ll assign 2 points for each goal scored by the teams and those points will be added to the participant’s score who have chosen the team which has scored those goals.
For winning team we’ll add 3 extra points, for draw we’ll add one point and for loss we’ll deduct 2 points.
Total points for participant’s first favorite team will be doubled.
In order to make the fantasy league more interesting we’ll ask one quiz per match at quarter finals, semifinals and final stage (no quiz for third place play off) and participant who provide right answer will get 5 extra point for each correct answer and 3 negative points for each incorrect answer.
All above points will be accumulated till the final match. The participant who has the highest score will be awarded with VND 1 million and a gift bag at the end of final match. If the scores for multiple participants are same, we’ll choose one winner through draw.
Each participant will have chance to change his teams only once during the season but the score of the participant will be reset to zero before further points assigned for new teams. 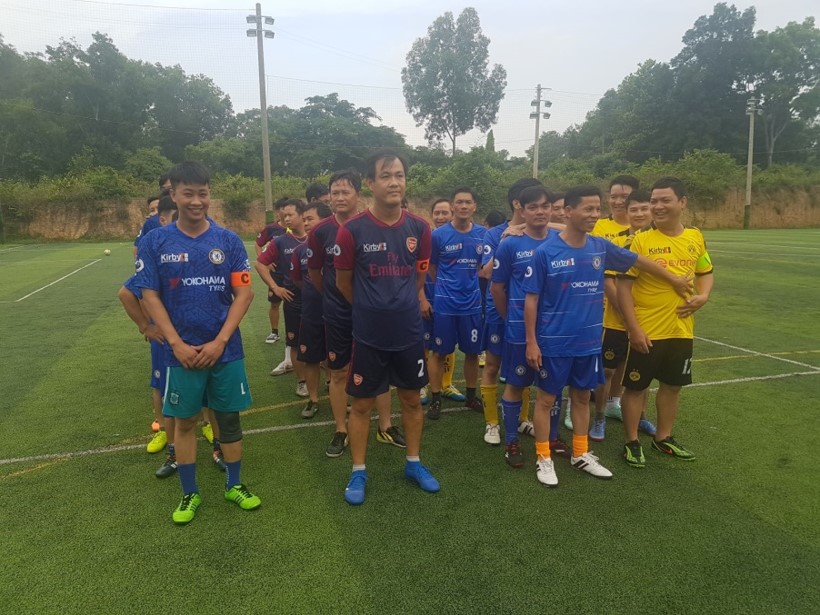 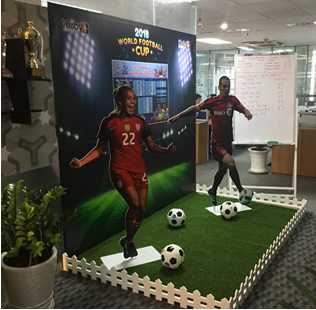 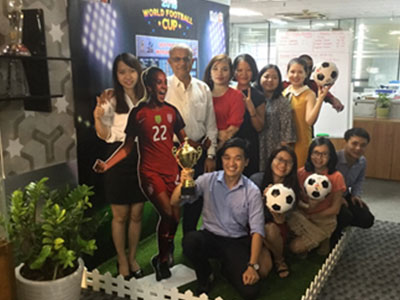 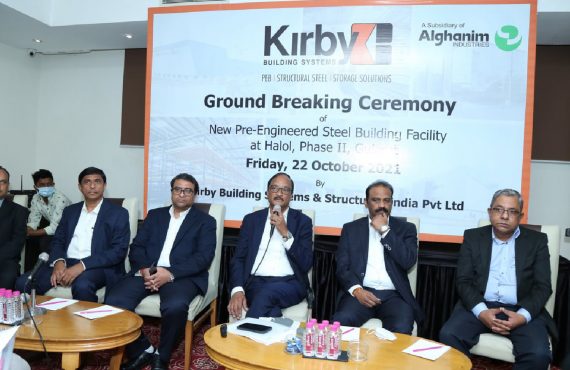 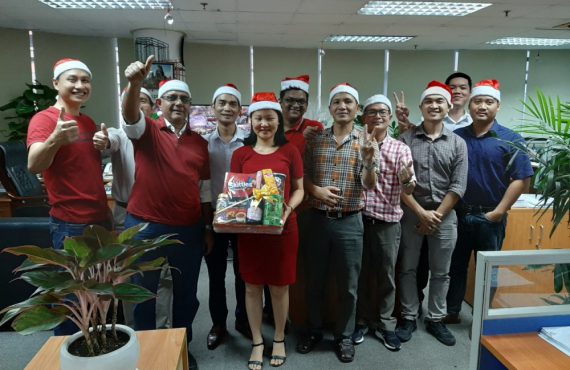 Christmas party 2020 has been held successfully. All Kirby SEA employees have been invited to play interesting games and win... 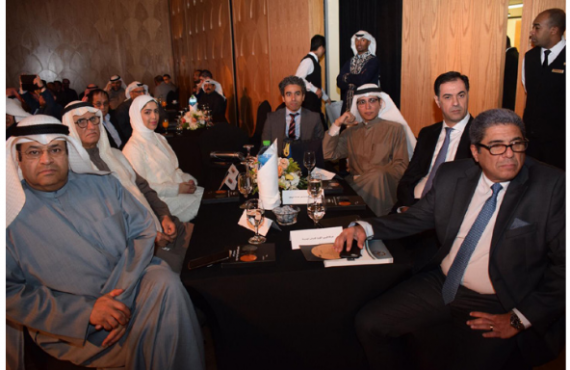 Kirby Building Systems Kuwait, a pioneer and global leader in the field of pre-engineered steel building systems, won His Highness... 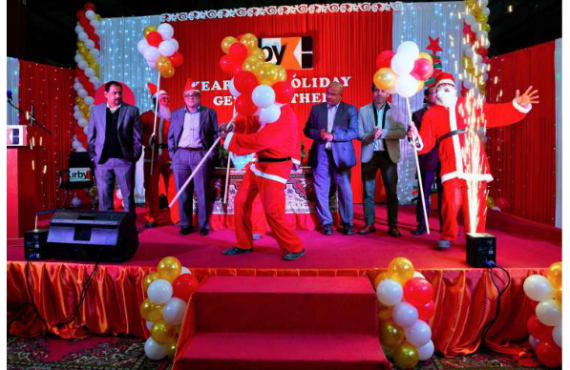 Kirby Kuwait Conclude The Year With An Employee Get-together

To conclude a year of achievements, Kirby Building Systems Kuwait organized an employee get-together at Kirby Kuwait Plant. The event,... 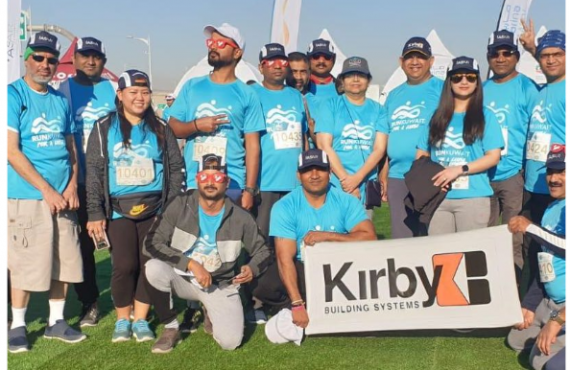 For the eighth year in a row, Kirby – Kuwait employees participated in the RUNQ8 charity event, a 5 –... 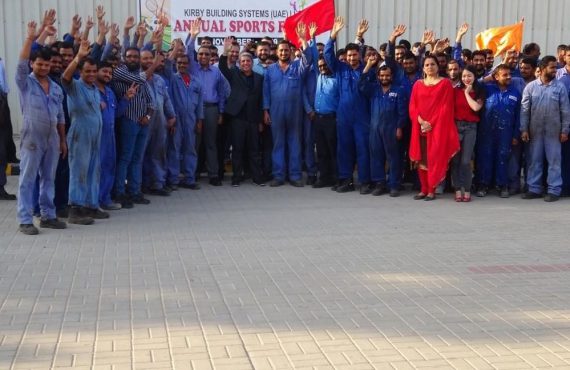 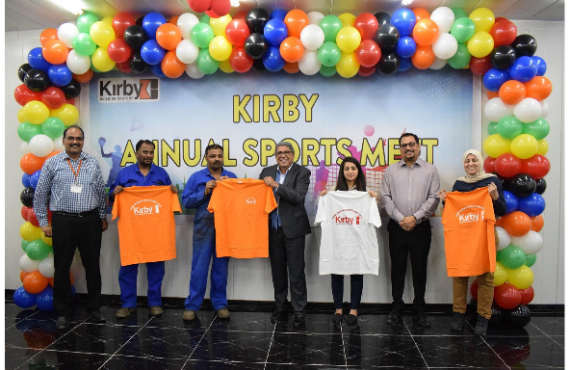 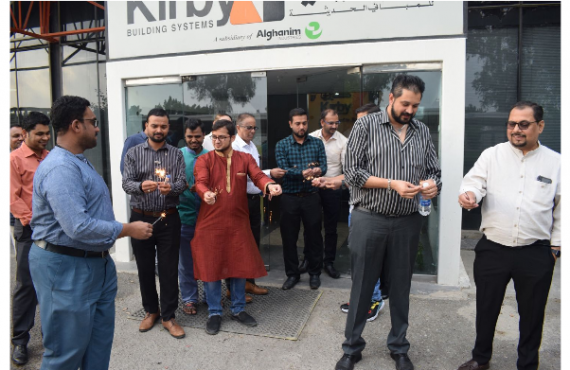 On 27 October 2019, Kirby Kuwait celebrated Diwali, the Festival of Lights. On this special occasion, many employees wore traditional... 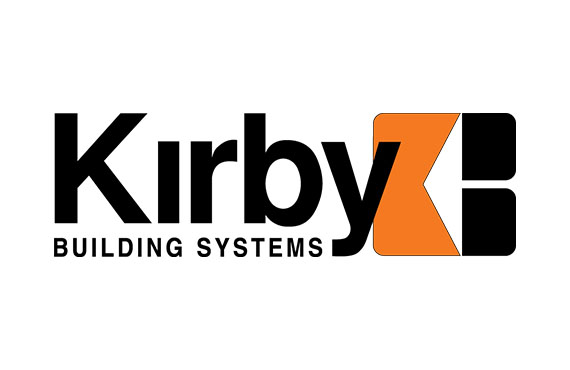 Step up Your Business Game